Call Now For a Reservation

Call for reservations 24 hours a day, Happy Hour shuttle will take you anywhere you want to go all day long. 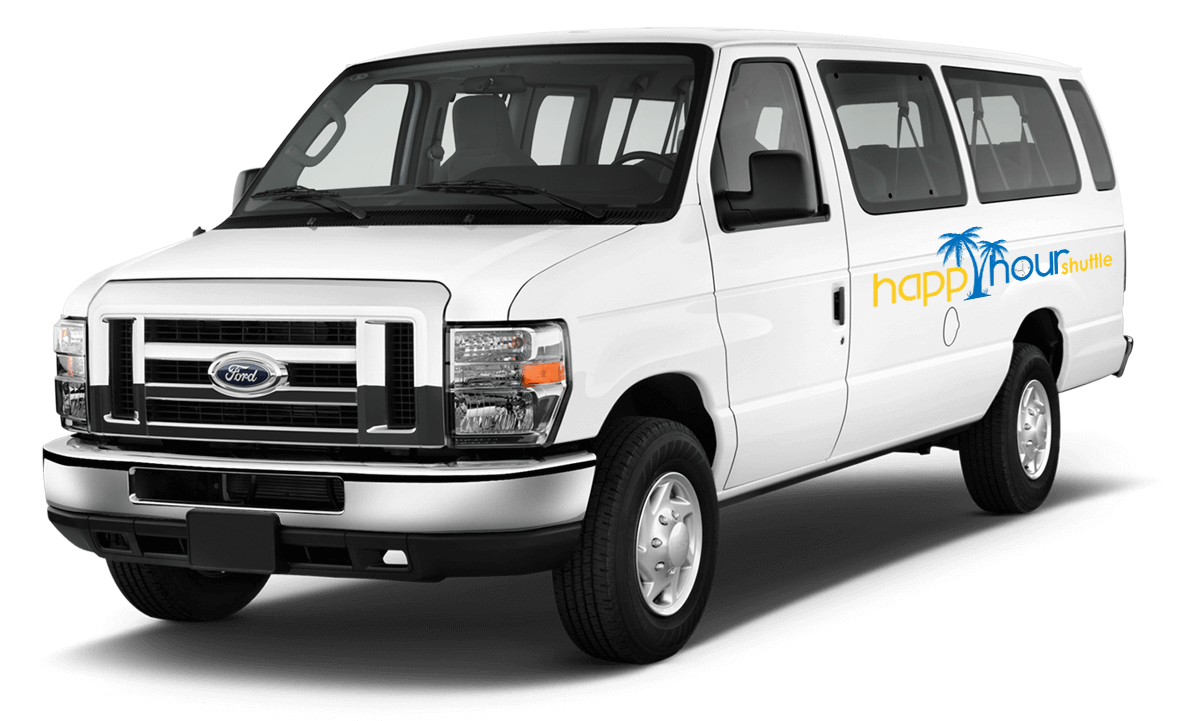 We created our shuttle to help you to find the most dependable and highest quality shuttle services, anytime and anywhere. All our drivers are uniformed and fully licensed.

We always pick up our clients on time, 24/7 availability.

We offer you a long distance shuttle service to anywhere.

We offer shuttle tours of various durations and complexity.

If you're looking for a shuttle in the Orlando area, look no further. Ron and Mel are awesome! We found out just shortly before our flight that our plane was delayed 3 hours. Not a real big problem except that meant we were going to get into Orlando at midnight instead of 9PM. Many shuttles don't run that late but we called Mel and she told us not to worry, they would be there to get us. And when we landed, within minutes Ron pulled up in front and picked us up, which was wonderful because we still had a hour and a half ride to our hotel. Ron had an early morning appointment the next day but was willing to come anyway even though we kept him up past 2 AM! It gets even better. We had a change on the return trip with the number of people in our party. It went from 6 to 4, and we did not let them know. So they sent a bigger vehicle and a trailer to accommodate all of us. When we got back to Sanford our bill was more than we thought and so when we got home we called Mel to find out why. The extra charge was because our original reservation was for 2 more people. But Mel said she would refund the difference which we thought was amazing! Thank You! If you need a shuttle in Orlando, you will not find anyone better than HAPPY HOUR SHUTTLE. On time... safe and secure... friendly and honest... and they go beyond your expectations! They truly live up to their name, Happy Hour! Beyond Five Stars!!
Janice Norcross
Excellent service at every step. Was able to reach a live person immediately when I fist called. Spoke with Mel, owner, who provided quick, clear info , pricing, availability for next day travel. Right away provided number and name of driver for next day, which was great because I could communicate with him ahead of time. I was arranging travel for 7 teenagers so to have communication ahead of time was great! Kraig called the next morning when he was nearby. Even sent his smiling pic- reassurance of who would be picking them up! Shuttle was from Satellite beach to Orlando airport. Price was very reasonable too! Kraig even called to give me a heads up as soon as they arrived at the airport! Would give them 10 stars if I could!!!!
Jenny M
We booked 4 transportations with this company: from airport to hotel, hotel to cruise, cruise to universal and universal to airport. We had 4 different drivers, all of whom were on-time (actually early and waiting very patiently for us) and very friendly and we felt safe and comfortable at all times. One driver actually thoughtfully bought us cold water to have for the drive.
Communication with booking was easy and fast, even when I changed plans. Prices were clear and nothing hidden or extra added.
One downside as an international traveller: they would call or text to ensure we knew where to meet and this was difficult with international phone and I often travel without a cellphone but this likely doesn't affect most guests.

How can we help you?

If you have any comments, suggestions or questions, please do not hesitate to contact us. Our high-quality office staff will help you and answer all your questions.

We created our shuttle to help you to find the most dependable and highest quality shuttle services, anytime and anywhere without any problems.

Thanks for contacting us! We will get in touch with you shortly.